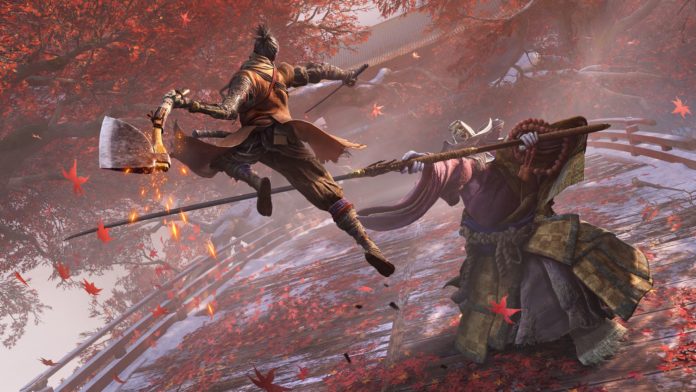 We’ve been waiting for this one. The brand new game by FromSoftware, the developers of the infamously difficult Dark Souls and Bloodborne series. Sekiro: Shadows Die Twice is an ambitious and challenging adventure-RPG set in the Sengoku period in Japan. It has incredible character and world design, and innovative combat mechanics that make the style of fighting feel so right for its setting.

The game is no doubt difficult. In an interview with GameSpot the developers hinted that Sekiro will be “probably even more challenging than previous From games.” That’s right. More challenging than Dark Souls. In our experience, Sekiro feels so different it’s difficult to even compare the two!

So let’s get right into it. Our beginner’s guide to help give you an understanding of the basic game mechanics and combat.

You Died… Or Not?

Unsurprising for a FromSoftware game, you’re going to die. A lot. But this time when you die you’ll have an opportunity to resurrect yourself! You have two resurrection charges – resurrecting will use one charge and also lock you out of the second. It can only be unlocked by killing several enemies. You can gain one charge by resting at checkpoints, but the other will need to be earned by defeating more enemies. Dying without using a resurrection charge will bring you back to the last checkpoint and will cost half of your experience and gold.

Combat tip: Blocking repeatedly will fill up your posture bar leaving you vulnerable to attack.

If you’re coming from the Dark Souls series one of the first things you’ll notice is you’re much more agile in Sekiro. For one thing, there’s no stamina to slow you down, and unlike its predecessors, you’re actually able to jump properly! On top of this, you have a grappling hook which you use to pull yourself up to vantage points and leap onto your foes with deadly attacks. If you jump yourself into trouble, then you can use the grappling hook to make a hasty retreat to higher ground.

Combat tip: You can perform stealth attacks while hanging from ledges and by leaping on enemies with an aerial strike!

Another big difference between Sekiro: Shadows Die Twice and a game like Dark Souls is the addition of stealth and the ability to sneak around the map and avoid some fights entirely. Crouching allows you to sneak up on enemies and perform powerful death blows. Move undetected in tall grass and bushes, and hug walls to keep to peek around corners while remaining out of sight. You can also hang from ledges and pull enemies off the side.

But you can’t avoid all fights. Sneaky or not, some enemies you will need to go katana-to-katana.

Combat tip: The number of Death Blows required to kill tougher enemies is indicated by dots above their health bar.

Stamina is out. Posture is in.

Regular combat in Sekiro has done away with the stamina system and has replaced it with “posture”. Basically, posture is how open your stance and guard is to incoming attacks. Posture is indicated by a yellow bar underneath the player and above enemies. If your bar fills, then your posture will break and you’ll leave yourself vulnerable to a devastating attack. On the other hand, landing successful attacks and deflecting enemy attacks will open up your opponent’s posture, providing a brief window to land a death blow.

As the name suggests, death blows will kill the majority of enemies in Sekiro. Successful death blows are the only way to defeat larger and more difficult enemies, and some foes will require multiple death blows to defeat – the amount required will be indicated by dots above the enemy health bar.

Combat tip: Remember, because there’s no stamina the game doesn’t punish dodging and attacking as much as you can!

Gone are the days of chipping away at massive health bars until they die. You should still be attacking whenever you can, each successful hit will fill their posture bar and the less health enemy’s have the faster it fills up.

The best way to fill an enemy’s posture bar is to deflect their attacks, which requires you to time your block with their incoming attack. To early and you will block the attack, filling up a portion of your own posture bar. To late and you get hit, potentially taking massive damage. Deflecting incoming attacks results in a satisfying sword on sword clash, and goes a long way to opening up an enemy’s posture. Blocking to much will open your posture, leaving you vulnerable – but because there’s no stamina you can dodge as much as you want.

Occasionally enemies will perform perilous attacks which cannot be blocked. This will be indicated by a red character above the player.  While some of these can be deflected, you should probably try and dodge these while looking for a better opening you can take advantage of.

In case we didn’t mention, the main character has a prosthetic arm, which you can equip with a number of weapon attachments all with their own unique advantages. To upgrade your prosthetic you will first need to find the weapon, and then find the necessary upgrade materials. 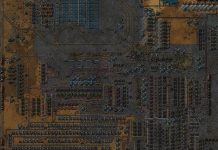 Factorio: To Infinity and Beyond 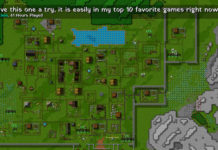