Having a laptop computer has a number of advantages – unfortunately, gaming isn’t one of them.

Most of the ‘AAA’ titles these days require a fairly decent rig, meaning your laptop either won’t run the game or will damn near melt from overheating.

Either way, it’s not great.

With that in mind, we’ve put together a list of the 15 best laptop games that you can actually run. 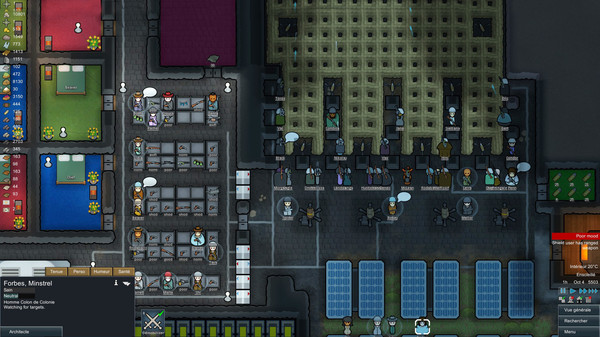 Don’t let the simple design fool you, RimWorld is a complex game that will give you many many hours of enjoyment, and with more mods than a laptop can download.

It’s a base building game like few others and takes very little to run. You need to survive with a colony long enough to research and build a ship to get off that godforsaken planet! Or you can take your colony on the road and try to survive as nomads.

RimWorld has been a labor of love in development for over 5 years and the final 1.0 product is amazing. RimWorld is a must have for your collection of laptop game. 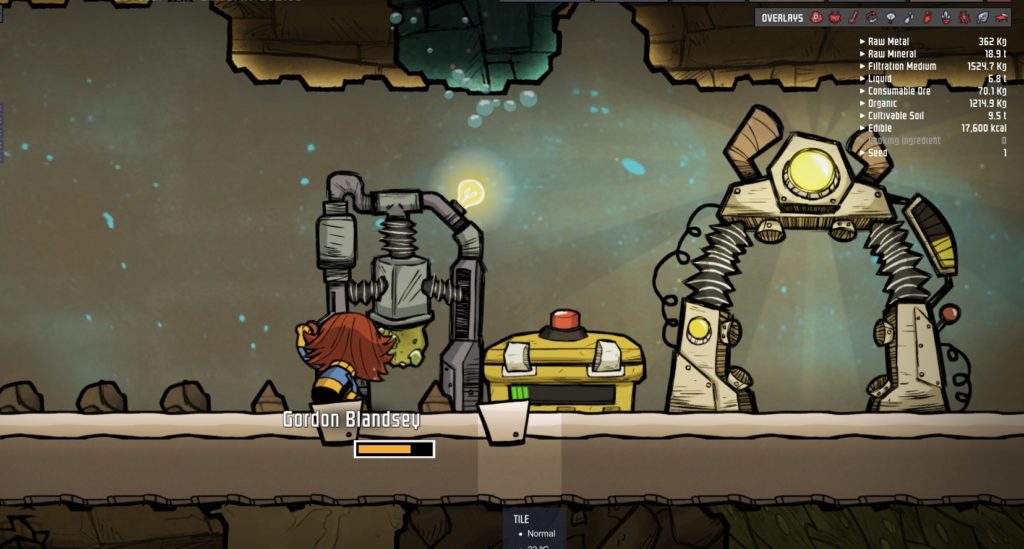 Oxygen Not Included is a base builder and colony sim made by the creators of Don’t Starve. With low graphics and simple controls this game is not only easy to play on your laptop but can eat up hours if you enjoy base building games.

Oxygen Not Included looks simple on its face but behind the delightful artwork is a complex gas and liquid simulations. Colonists inhale oxygen and exhale carbon dioxide. Light hydrogen gas rises while heavier gases collect at the bottom of your colony. You’ll need to melt ice for water and use insulating pipes to keep you colonists from burning up. Survival in the asteroid is rough – just make sure you keep the water clean!

Don’t let the surface of Terraria fool you, it is a deep game that stands out as one of the best survival-adventure-building games there are. Terraria gives you a massive amount of freedom and creativity. Customize armor, accessories, weapons and costumes to suit your play-style. Build your own town. Find new items you never even knew you needed. In Terraria, each boss fight is a challenge and success is a glorious achievement!

Terraria if fantastic because there is so much to do and so many ways to progress and become stronger. Over the years the developers have added more bosses and end game content – Terraria can easily eat up hundreds of hours and is a must have for any computer. It’s just a bonus it runs on laptops.

Terraria is a must have game for any computer – even the laptop!

In this game, you turn your grandfather’s old run-down plot of land into a thriving farm. Along the way you make new friends, explore caves and new areas, battle creatures, and much more. Grow different crops through the seasons and with a little work you will have a thriving and lucrative farm!

A casual, simple, relaxing and beautiful game you’ll find hard to put down. Plus, you can run this game on just about anything.

MineCraft is a classic that most gamers are familiar with. This game is the pinnacle of sacrificing graphics for a ridiculous amount of content and will easily run on your laptop. It’s as much an adventure game as it is as a survival.

Build a humble farm, an opulent mansion, or a massive castle. Fight enemies and explore new dimensions, and of course – mine.

In Papers Please you are on the frontline protecting the borders of your fatherland. Armed with something more powerful than a gun – a stamp. In this game, you play as a border patrol officer that checks incoming people and sleuth out any bad apples. It’s one of the lower graphics games on this list but still a great one to play. Glory to Arstotzka, comrade!

Don’t Starve is a truly testing survival game. Build a base and explore the dangerous wilderness for food. Research and craft new items in a constant fight for survival. Don’t Starve is definitely worth considering adding to your collection of laptop PC games.

The Civilization series has been the classic strategy PC game for years and Civilization 5 is no exception. Possibly the best edition to the series since Civilization 2 – and yes, were including Civ 6.

What’s great about this game is that you can become Ruler of the World on just a modest laptop. With hundreds of hours of replay value, easy Steam mods, and DLCs adding new features and civilizations this is great game to lose yourself in. 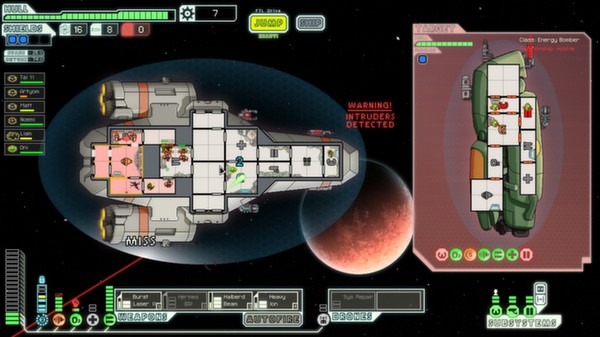 FTL is a spaceship-simulation game where you lead a crew through randomly generated space systems battling aliens and trading goods. A unique battle system requires strategic power and crew management as you have to decide if you should power up the lasers or put out that fire.

It has received overwhelmingly positive reviews from the community and at around $10 this game is well worth the price of two lattes.

Starbound’s universe is big. Really big. 422 quadrillion planets big. Explore this vast unknown with your trusty ship and brave crew. Find unique and powerful weapons along the way, and fight alien bosses. Tame creatures to fight alongside you. And if you don’t feel like saving the world, then pick a planet to settle down and build a home.

A fantastic game that is both multiplayer and moddable, Starbound is well worth adding to your laptop collection.

Prison Architect is a top-down style game where you have to build and manage a maximum security prison. Keep staff happy and prisoners in line or else you may lose control of the prison when a riot breaks out. Recruit snitches to rat on their fellow inmates giving you the drop on who’s hiding a shiv under their bed, and who’s been digging a tunnel to freedom.

Not only does this game have a ton of replay value, but there are also great mods which you can use to turn your prison into an Imperial Detention Center or POW camp.

Then try out escape mode. Figure out how to escape from your own creation – Dig a tunnel to the armoury or start a riot!

If you don’t feel like building a prison then try busting out of one! Escapist 2 is a prison escape game where you have one goal: Freedom. There are multiple ways to escape, but you’ll still need to obey prison rules. At least exercise time gets stronger and faster! The prisons get bigger and more secure. Escape with friends! Build your own prison.

You can even escape from Santa’s Workshop – that jolly monster! 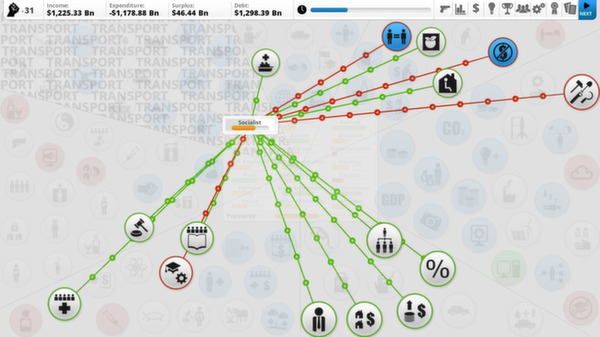 If you’re looking for a calm but complex game for your laptop then consider checking out Democracy 3. In this game you’re trying to build a stable government – whether that’s a democracy or not. The different starting countries have different challenges and you can see various charts, analyst reports, and public feedback to gauge how well you’re doing.

Appeasing one group of voters may anger another. Success in Democracy 3 requires a good strategy.

Broforce is a vintage-style side-scrolling shooter where you lead various Bros on their mission to save the world. Play as some of the classic bros throughout history: “Rambro”, “Double Bro Seven”, “Bromenator”, and “Bronan the Brobarian”. With more explosions than a Michael Bay movie and destructible environments, Broforce isn’t your typical side-scroller.

Sail the high seas as you captain your crew in search of treasure and bounty. In Sid Meier’s Pirates, you battle, capture, and plunder your way to becoming one of the greatest pirates in history. Visit ports to trade with merchants, hire more crew, or attack and capture the port itself!

Sid Meier’s Pirates is the oldest game on this list but remains a classic to this day.

In Kerbal Space Program you run your own aerospace program on the planet Kerbin and create your own space shuttles to explore the solar system. You will need to take contracts to earn money and run experiments to gain science points. Build bigger and bigger rockets as you explore deeper into space.

Kerbal Space Program isn’t your typical ship building game – with realistic physics and movement, it can take some time to figure things out. But it’s a great feeling of accomplishment planting your first flag on the Mun! KSP has a great community to give you guidance and ideas, and a shipload of mods to take your rockets to the next level.

Few games hold the test of time the way Skyrim has. Fortunately for you, laptops have come a long way in these 7 years too. So if you remember playing this on your Xbox 360 or PS3 you may want to consider that next Khajiit play-through on your laptop.

Left 4 Dead 2 is a classic co-op zombie shooter originally released in 2009. But even after all these years, you can still find a lobby of strangers to play with! Left 4 Dead 2 is a first-person shooter where you control one of four survivors and battle your way through hordes of zombies. Equip yourself with shotguns, assault rifles, even swords – whatever it takes to get to the next safe zone! Over 20 weapons and items, over 10 melee weapons.

In Sims 4 you have the power of a god! Okay, that may have been a bit of an overstatement. In Sims 4 you create unique Sims – customize their look, build them beautiful homes, develop relationships and careers, even give them life aspirations!

With all this power you may be surprised to learn that it takes very little to actually run this game; making it perfect for a casual laptop game.

If you’re in for a challenging game that runs well on laptops you might want to check out Cuphead. Cuphead is a 2-D platform, run and gun action game with 1930s inspired art, hand-drawn animations and sweet jazz music. Take on powerful bosses as you fight your way through strange worlds, unlocking new weapons and super moves along the way. Cuphead is difficult but is so satisfying when you finally master a level.

Dead Cells is a brilliant 2-D action platform where you explore an expansive dungeon – over and over again. Every time you play you will get more powerful as you gain new weapons and abilities. Completing this game is quite difficult, but you can take different routes through the dungeon depending on your build or playstyle. Unlocking new starting weapons and getting more powerful is only the start – this game requires mastery and skill.