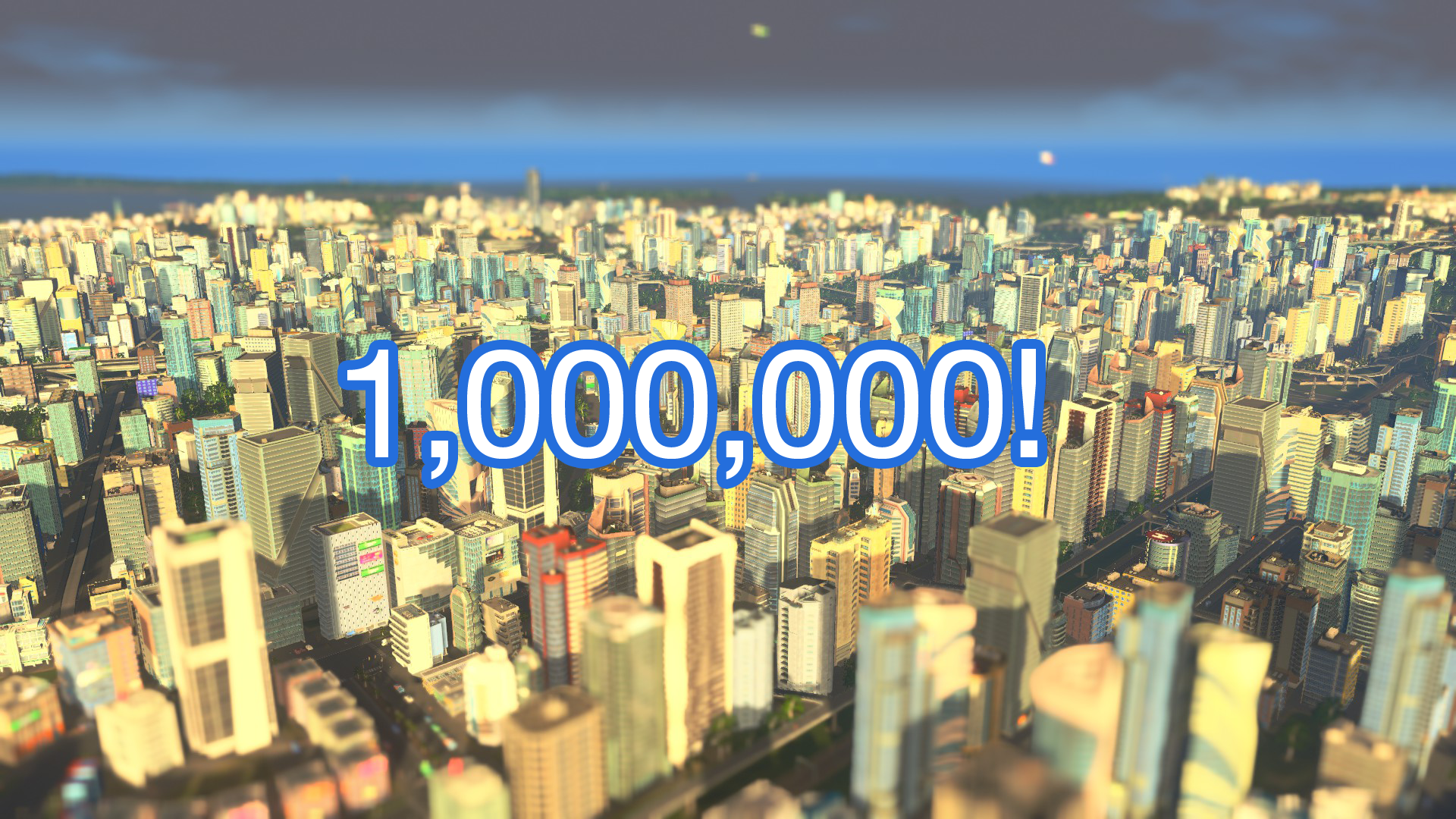 Yes, it is possible to reach 1,000,000 citizens in Cities Skylines. While it it’s exactly the goal of the game, building a Cities Skylines city to 1,000,000 citizens is a huge challenge and – if you can pull it off – is a testament to your superior planning and building abilities. If you’ve ever grown a city to over even 100,000 people then you know how things can quickly spiral out of control: first there’s a traffic jam, then people can’t get to work, which means you make less tax revenue, which means you don’t have money to fix the issues, which means you’re screwed. With that in mind, here is what you need to know about growing a Cities Skylines city to a million people.

Now before we get too far into this, it’s worth mentioning that in reaching 1,000,000 people, there aren’t actually that many little sims walking around. The game maxes out when there are 60,000 sims out and about in world. Unfortunately, we don’t know when exactly you hit 60,000 sims. Is it when your population reaches 60,000? Unlikely. 200,000? Maybe. More? Possibly. Regardless, take nothing away, reaching the million mark is great milestone.

Reaching 1,000,000 people requires a lot of space. Obviously, that means some of the maps wit least amount of buildable space are cut. Most maps with about 70% or more of the map as buildable space should work. It’s also why you need the Unlock All Zones mod.

The next big thing you need to consider is water. Reaching 1,000,000 citizens requires a significant amount of water – but the issue isn’t running out, it’s that you’ll put so many pumps in the river that you will literally change the direction of the flow.

Another point I want to bring up before diving in are some of the necessary mods. While could probably still pull it off in the vanilla game without any mods, these are really going to help you on the journey to million.

Something I wish the game did a better job of was allowing you to visually plan out your future districts and highways. Instead, I usually end up doing a super quick sketch on a piece of paper, or if you want to get really fancy, then take a screenshot and use Paint (PC) or Preview (Mac) to draw your plans on top.

One thing that is really going to make a difference in building a city that can handle a massive population is having a really good highway system to act as the arteries to your districts. Trucks and inter-district traffic is going to cause you the most issues so try to plan with that in mind:

Alright, once you’ve got an idea of what you’re doing it’s time to start building your first districts. While you might call it cheating, I really like using the Starting Money mod, simply because it let’s you layout the roads for one or two complete districts and still have enough left over to actually build some services. You have a lot of creative freedom when it comes to building beautiful and functional districts. If you’re going for more a grid layout, then just be sure to give your intersections enough room.

As mentioned in point 2 above, the main thing to keep in mind here is giving your districts enough highway entrances and exits. After a few failed attempts at trying to reach 1,000,000 people, I found that one of the most effective ways to do this is by wrapping highways around districts and adding short one-way entrances and exits wherever they fit.

Once you have a few districts built, the people start rolling in fairly quickly. After reaching the first few population milestones you’ll have the money and demand to start expanding your city. Given you have a bit of a plan in mind and some highways laid out, expanding the city is fairly straight forward. It mainly comes down to build whatever aesthetic you’re going for while still achieving the necessary level of efficiency. 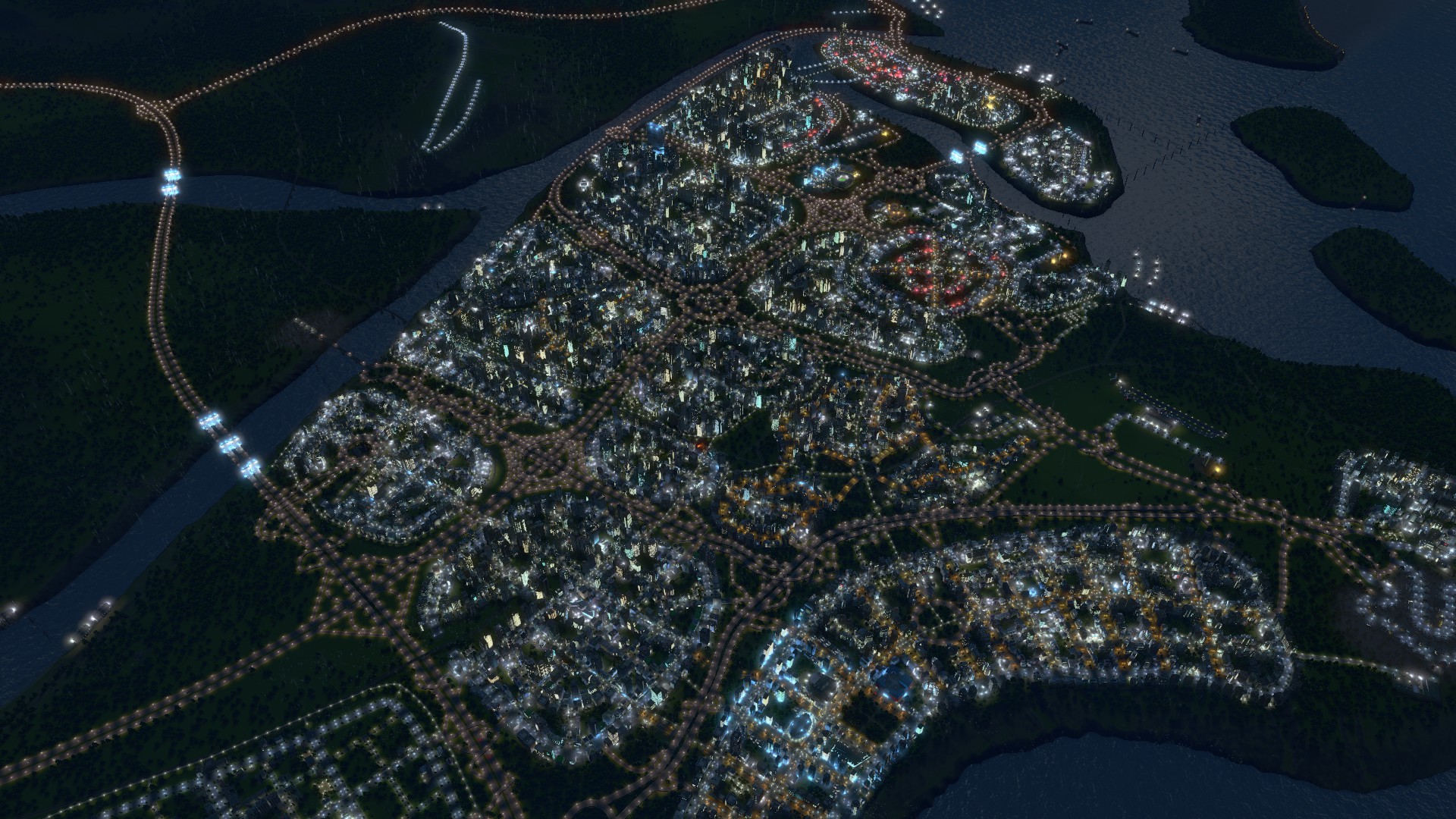 It doesn’t take long to realize that traffic is going to be the biggest hurdle to reaching 1,000,000 people. So here are the 3 tips managing traffic on the way to hitting 1,000,000.

Making small tweaks to your roads can have a surprisingly big impact on the traffic flow. Every once in a while it’s a good idea to look around the city for your biggest problem areas and make some changes accordingly.

One really interesting way you can help not only optimize the traffic but also your service buildings is by creating service-only roads. Doing this requires the Traffic Manager: President Edition mod but it’s a great way to expand the reach of your service build without influencing general traffic, plus it helps spread out traffic and reduce congestion.

If there is a nice path to their destination, Cities Skylines sims will walk ridiculously far. Miles. That’s where the Walkways mods comes in.

Placing walkways all over the city will encourage more people to walk from their home to school, work, or transit instead of taking a car. Combined with the Road Anarchy mod, you can even place walkways above roads. Once you get the hang of things, you can get fairly creative with walkways. Have a look at some of the different ways I use them my latest megalopolis. 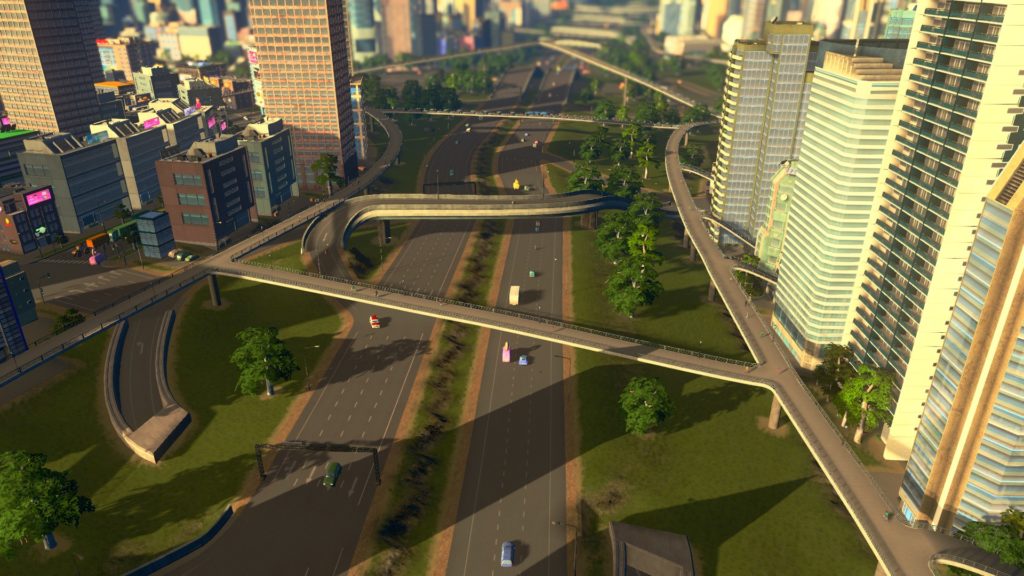 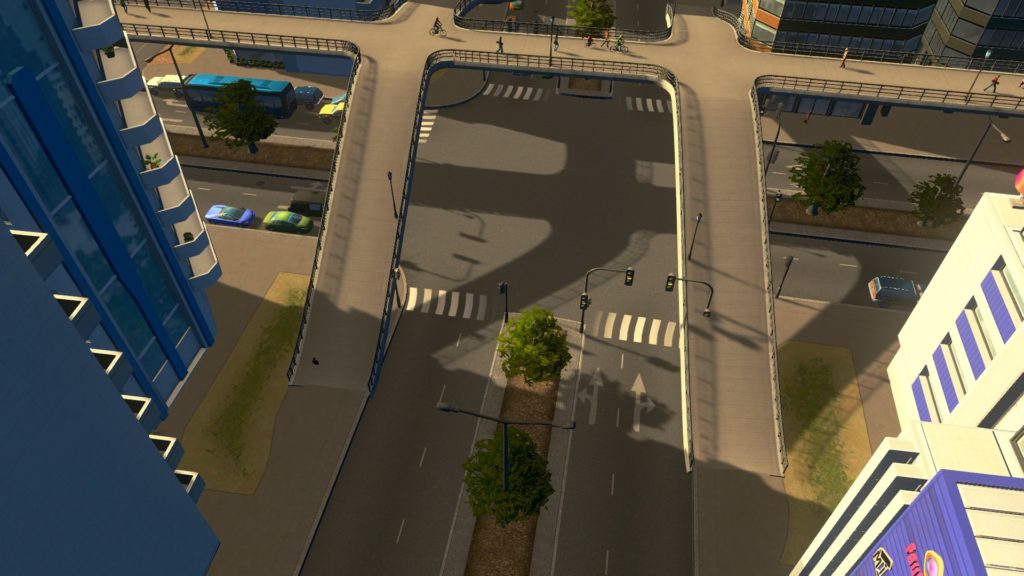 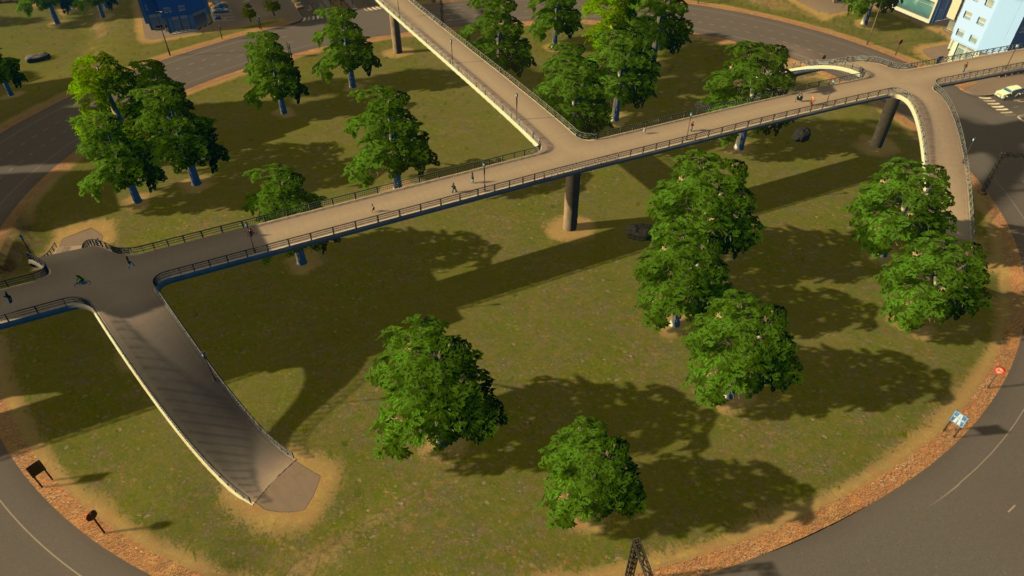 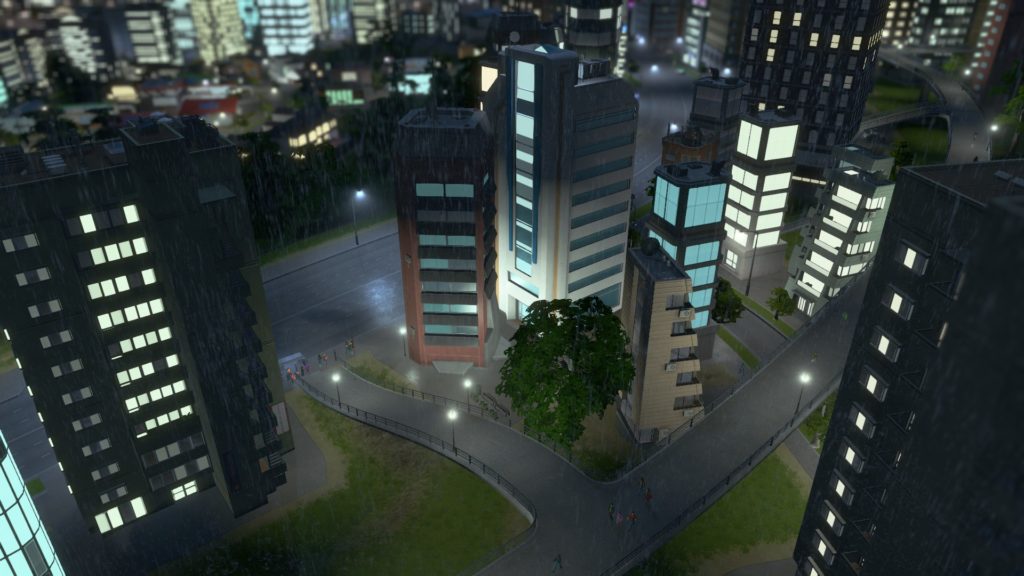 While road tweaks can have a big impact, at some point you’ll simply have too many cars for your roads to handle. One of the best ways to fix this problem is getting as many cars off the road as possible. And transit can really help with that.

My favorite way to set up transit systems is to use buses for moving around inside a a district, and then using metros and other methods for moving between districts. The main reason for this is prevent having a bunch of buses on the highway.

Once you hit 1,000,000 people you can’t place anymore buildings. All you place are roads and zones. It’s literally the game’s cap. So congratulations, you win. GG EZ.